The language of bees: the orientation dance, the calling of the queen, the humming movement of the valves.

Electro Instrumental Music
For double bass, viola and the sound of the bees

I didn’t know the language of bees before, the orientation dance, the calling of the queen, the humming movement of the valves. The Karmann company asked me to fly into the world of bees, and a new microcosm opened up, an organic, highly complicated, organized entity, whose rules often remained hidden from me. But it radiated an energy that inspired me to compose. Not letting melody lines float in a tangible way, making the uncanny, sometimes already dangerous things sound, translating them into harmonies that let the vibrations of nature be heard, that is ‘Double Bees’. To be able to present Double Bees during the IAA 2007 shows a consciousness that points to the future, where technology and nature pursue common goals. 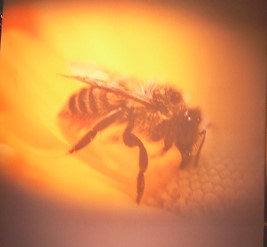 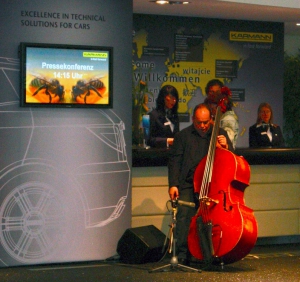