Muzak, with South American character; more sophisticated but not too popular.

Music:
The music, which was fed in the background throughout the entire exhibition, has a South American character, full of life but not too simply designed. It is Muzak, more sophisticated but not too popular.

Installation:
For the 4 convertibles of BMW (M Roadster, 3 series convertible, Z4 and Z8 Roadster) I designed 4 different sounds. Interesting here was that the company BMW gave me their exhibition concept with the corresponding coloring of the cars beforehand. Every single convertible had its own colour concept. For example the BMW Z8 was described with the colours of different grey and green tones. I translated these colour worlds into sounds. Behind the seats of the convertibles a stereo system with loudspeakers was invisibly installed. Under the driver’s floor mat there was a sensor, which triggered the playing of the sound after the driver got into the car. When the visitor got out of the car again, the sound stopped.

During the exhibition “Experience Paradise” 2002 at the BMW Pavilion in Munich, I designed the so-called sound flavours for the video artist Marie-Jo Lafontaine. sound flavours are small spherical compositions that I wrote specifically for the Z 8 or M 3 models, among others. I was inspired by the photo designs and colour palettes of the BMW design department. The visitors to the exhibition were thrilled by the sounds and their effect. They sat in the convertibles and listened to the sea or the ice.

With the development of the M7 Satellite at that time and the idea of feeding data via satellite into the built-in multimedia computer, the ideas of also developing the sound flavours further and making them available to this system sprouted. In addition to listening to the radio, the driver can call up sounds from the computer that have a calming or arousing effect, depending on his or her mood. The important thing here is that the sound aromas are acoustic backgrounds, i.e. they are played quietly. The driver is thus in an audio environment, he does not have to concentrate on information or musical events. The sound flavours are supposed to do him good while driving and help him to concentrate better on the road. The extent to which the sounds can be perceived via the built-in Hifi stereo system, or via a Dolby Surround system with small loudspeakers, for example, is up for discussion and would have to be discussed with BMW’s development department. 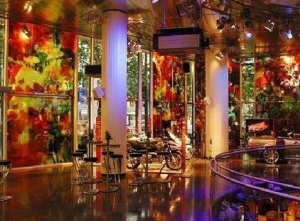 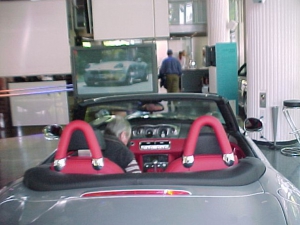