Africa is on the north pole

This radio play tells the story of Eboko, who travels from Central Africa to the North Pole.

The heart of ‘Africa is on the North Pole’ is formed by the history of Eboko. The main part of the text refers to the generations of orally handed down stories which in primitive cultures, like for instance the Inuits, form the catalyst for every form of expressiveness in sound, movement and song.

In ‘Africa is on the North Pole’ this ‘multi-medial’ idea was picked up again and translated into radio-language. Text and music (radio play, documentary, science fiction) determine each other and blend with each other indissolubly.

Synopsis: In 2030 the Liga North finds a peculiar iglo in the neighbourhood of the North Pole. This iglo, which was once inhabited, was now deserted. With the help of a laptop, which was found there, the listener is confronted with the diary entries of someone named Eboko. This Eboko appeared to be a young labourer who, under miserable conditions, had worked on the rubber plantations in the Congo and in 1999 had fled from among other things the commotion caused by war in his country. A raven accompanies Eboko during the journey, in which he, while in search of the North Pole, wants to discover himself and his own poles. He wants to find something new and make it accessible for himself, then he will have something that no one can take away from him.
At the end of his quest Eboko finds the pole of inaccessibility and disappears. The text of Eboko’s diary is the generator for the entire radio composition.

Documentary: The places and the happenings are based on reality. The logistic problems of an expedition to the North Pole region were mapped out together with among others the Belgian biologist Louis Beyens.

Music: Central to Africa is on the North Pole is the music from the Congo and the Inuits of Canada and Greenland. Eboko’s world is realized by mixing the musical similarities and differences of these two musical cultures. The music influences the structures of the sentences. In turn the rhythm of Ekobo’s language creates areas of sound and static. 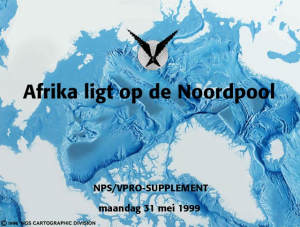 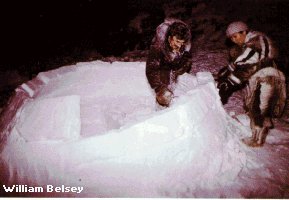